Director Peter Monsaert is extremely honoured that FFO has chosen Nowhere as its opening film:

In recent years, the festival has shown itself to be a firm supporter of Flemish film. To premiere at the Ostend Film Festival in front of so many true fans, together with my cast and crew and everyone who cares about the film, is a dream come true. After all, you make a film for an audience. As a maker, you hope to touch as many people as possible with what you have made. I am really looking forward to the moment when everyone can discover what we have worked on so hard. The fact that the Master of the festival, Koen De Bouw, gives a truly masterly performance makes it all the more wonderful. The chemistry between him and the young Noa Tambwe Kabati is fantastic. I can't wait to share that with the audience!

At the festival Nowhere is part of the LOOK! competition, which focuses on visually strong stories. In the LOOK! competition, a professional international jury will be looking for the Best Film, in which the image lifts the story to a higher level in a striking or influential way. "With Nowhere, we have chosen an opening film that tells a story that needs to be told. Koen De Bouw gives an excellent performance. Moreover, you can feel Monsaert's steady and strong hand in directing and editing and David Williamson proves once again what a fantastic D.O.P. he is" says Peter Craeymeersch, Artistic Director of FFO.

Nowhere tells the story of ex-truck driver André (Koen De Bouw) who fills his days fixing up a remote job café. His routine existence is disrupted when he catches homeless teenager Thierry (Noa Tambwe Kabati) attempting a burglary. Strongly moved by his story, André takes him under his wing and they go in search of Thierry's family. During the road trip, not only does a special friendship grow, but also the realisation that they need each other to put the past to rest.

Nowhere is a production of Lunanime (producers Jan De Clercq and Annemie Degryse), in coproduction with Need Productions, Telenet and Eén. The film was made with the support of the Flemish Audiovisual Fund (VAF)/Film Fund of Flemish Minister of Culture Jan Jambon and of the Flemish government's emergency fund corona, Fédération Wallonie - Bruxelles, city of Ghent, Creative Europe Media, Lumière Invest and Lumière Publishing.

Lumière will release the film in Belgian cinemas on 9 February 2022. 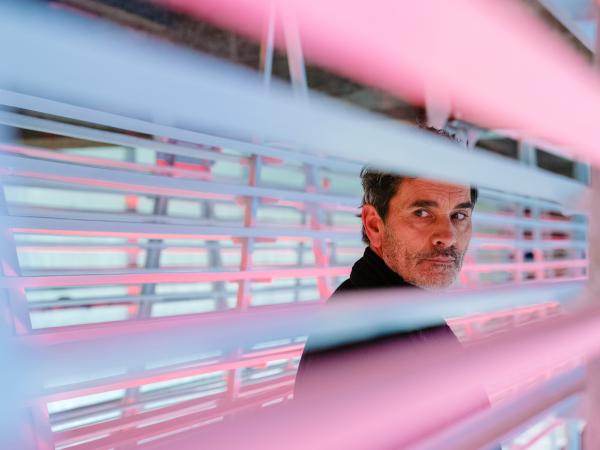