On March 12, 2022, the Flemish film and television prizes, also known as The Ensors, were awarded. After last year's digital edition, Kursaal Ostend welcomed 800 attendees this year. 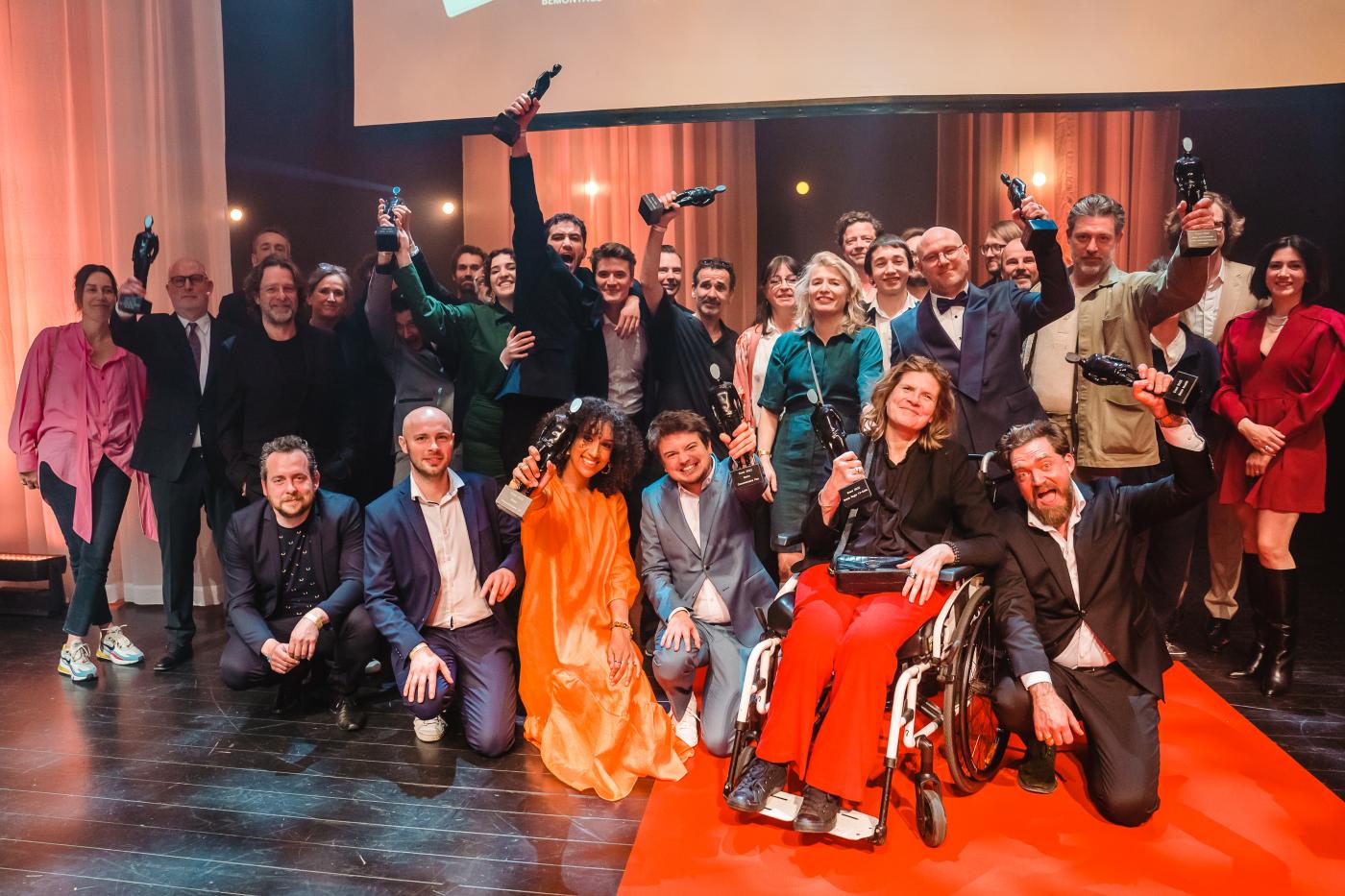 Flemish comedian and actor Guga Baúl opened the ceremony, with co-hosts Jennifer Heylen, Stijn Coninx, Bert Hamelinck and Minister-President Jan Jambon. The winners in 22 categories were announced in a mix of live awards and video excerpts. 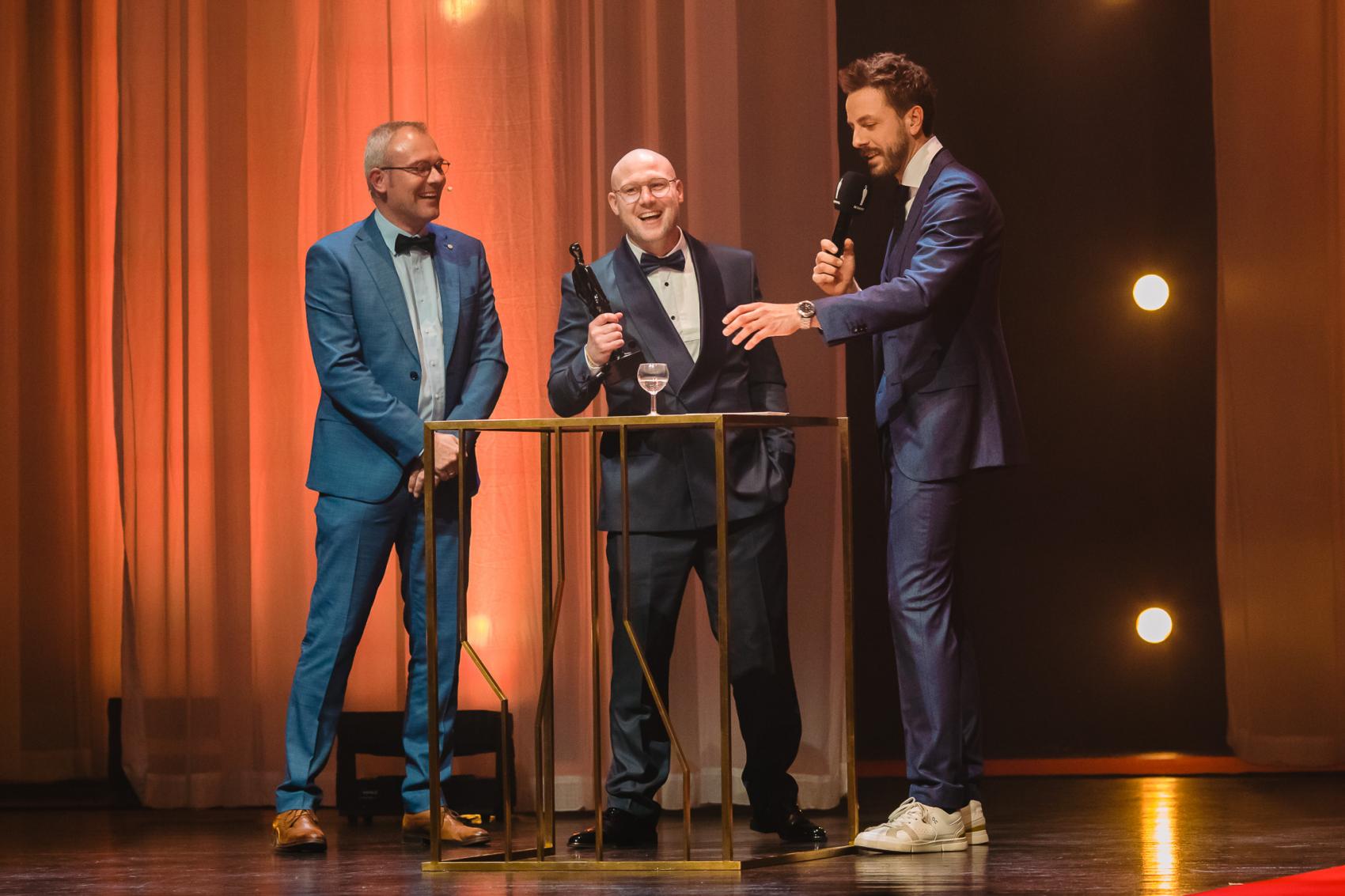 For television, Soil and Beau Séjour 2 were the big winners. Soil, the Lunanime production by directors Adil El Arbi, Bilall Fallah and Mathieu Mortelmans, was awarded the Ensors for Best TV Series, Best Screenplay (TV Series) and Best Actor in a Leading Role (TV Series) for Yassine Ouaich. The Beau Séjour 2 fiction series by De Mensen was able to cash in on just as many Ensors: Best Director (TV Series) for Kaat Beels and Nathalie Basteyns, Best Editing for Bert Jacobs and Best Costume Design for Catherine Marchand. 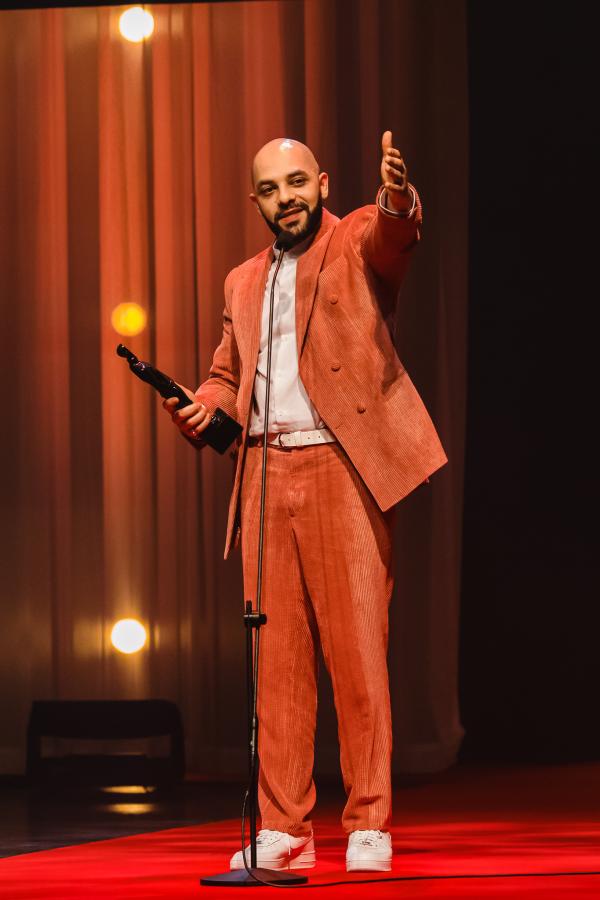 The Ghent boxing drama Cool Abdoul by Potemkino Productions did not go home empty-handed either. Nabil Mallat won the Ensor for Best Actor in a Leading Role (Film). In addition, Red Light also won prizes. Geert Van Rampelberg won the Ensor for Best Actor in a Supporting Role (TV Series) for the Flemish-Dutch co-production of Eyeworks. Hi My Name is Jonny Polonsky from Woestijnvis and Het leven in kleur van Panenka were the winners in the categories Documentary Film and Documentary TV. The Ensor for Best Youth Fiction went to My Dad is a Sausage. For Best Animation the Ensor went to Ben Tesseur and Steven De Beul of Beast Animation for their Meneer Papier.

The Ensor for International Achievement, awarded by the members of the board of directors of The Ensors, known as the Albert Bert Prize, went to Bert Hamelinck of Caviar. He won two Oscars for The Sound Of Metal with his production company Caviar.

Some winners were already announced during the Ostend Film Festival, in the week before the Gala of the Ensors. Un Monde not only won the Ensor for Best Co-production, but also for Best French-speaking Belgian production. Composer Ruben De Gheselle was also awarded Young Talent of the Year with the support of BNP Paribas Fortis. From a shortlist of five short films, Binge Loving by Thomas Deknop won the Ensor for Best Short Film. In the turbulent year for the film industry, Nachtwacht 3: the Day of the Blood Moon won the Box Office Award. Finally, the Ostend Film Festival presented three Lifetime Achievement Awards: to actress Sien Eggers, to the Dutch brothers Alex and Marc van Warmerdam and to Arno.

Gender neutral acting awards during the 12th edition of the Ensors 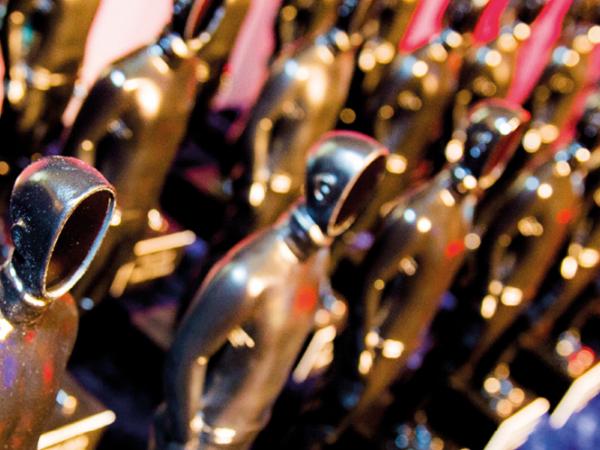