The Ostend Film Festival ends with an attendence rate of more than 28 000 visitors. During 9 days (March 4 to 12) the festival celebrated the premiers of 74 feature films and 16 short films. 10 temporary employees and 100 volunteers welcomed more than 90 (inter)national guests. The festival ended with Flemish film and television awards, The Ensors. The Film Dealer and the TV series Beau Séjour 2 and Soil were the big winners of the night. 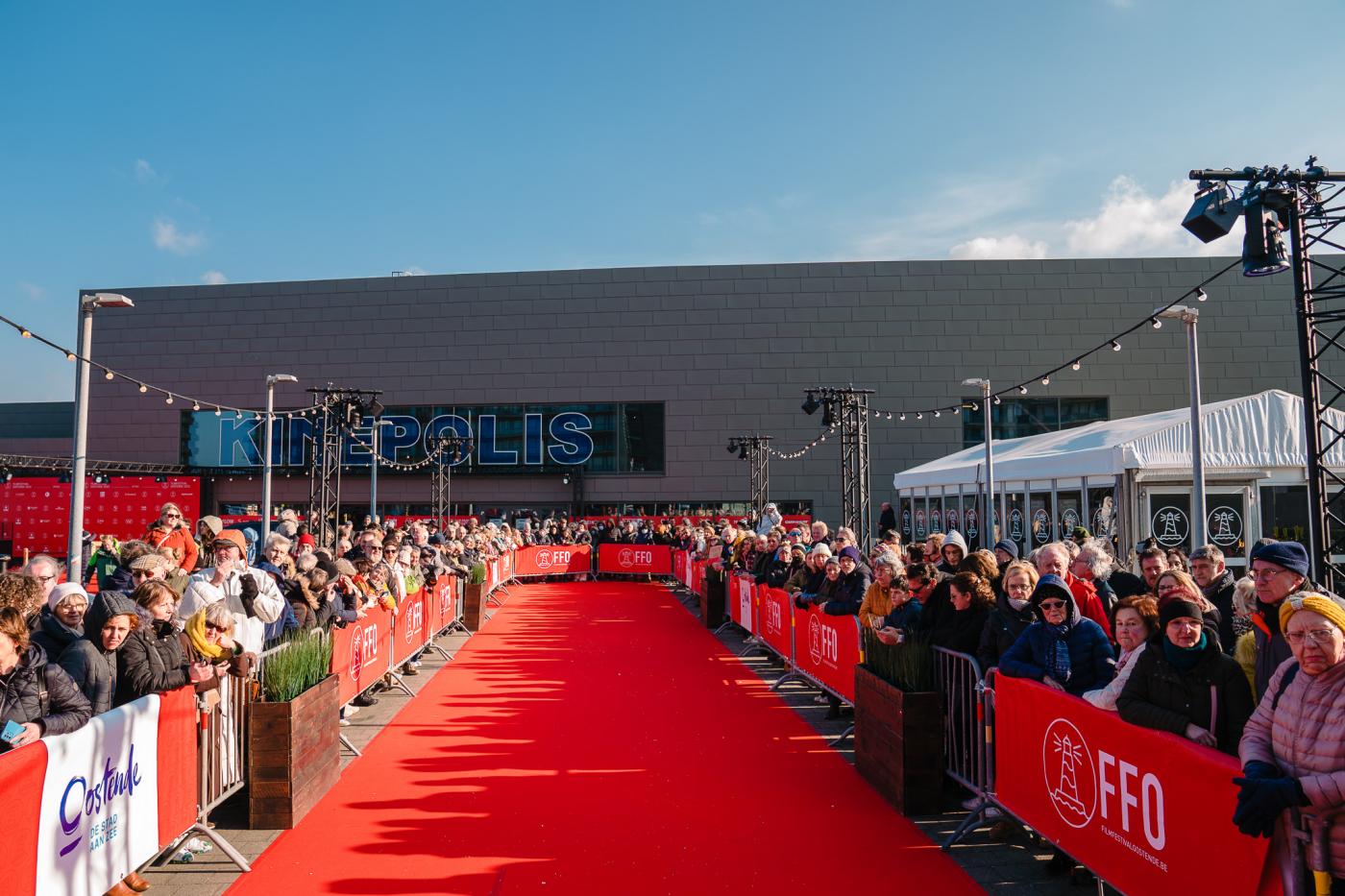 Originally, the festival was going to take place in January. Nevertheless, because of a sudden closure of the theaters, it had to be moved to March. Despite the chaos caused by the pandemic, the Ostend Film Festival proudly looks back on a successful 14th edition.

The audience of Ostend enjoyed the choice for Flemish content again this year. The highlights were the opening film Nowhere, the seasons’ finale of Twee Zomers and the concert of Intergalactic Lovers.

Besides the familiar LOOK! competition in which a jury awards the visually most outstanding works, two new competitions were presented during this edition. The COOP! rewarded successful co-productions and the SOON! gave young talented creators a new platform. Leave No Traces took home the prizes of Best Film and Best Production Design in LOOK!, Frank van den Eeden won the award for Best Cinematography with Nobody Has To Know and Drive My Car won Best Scenario. Rien à foutre was the big winner of the COOP! competition and Ninjababy was praised by the LOOK! jury. 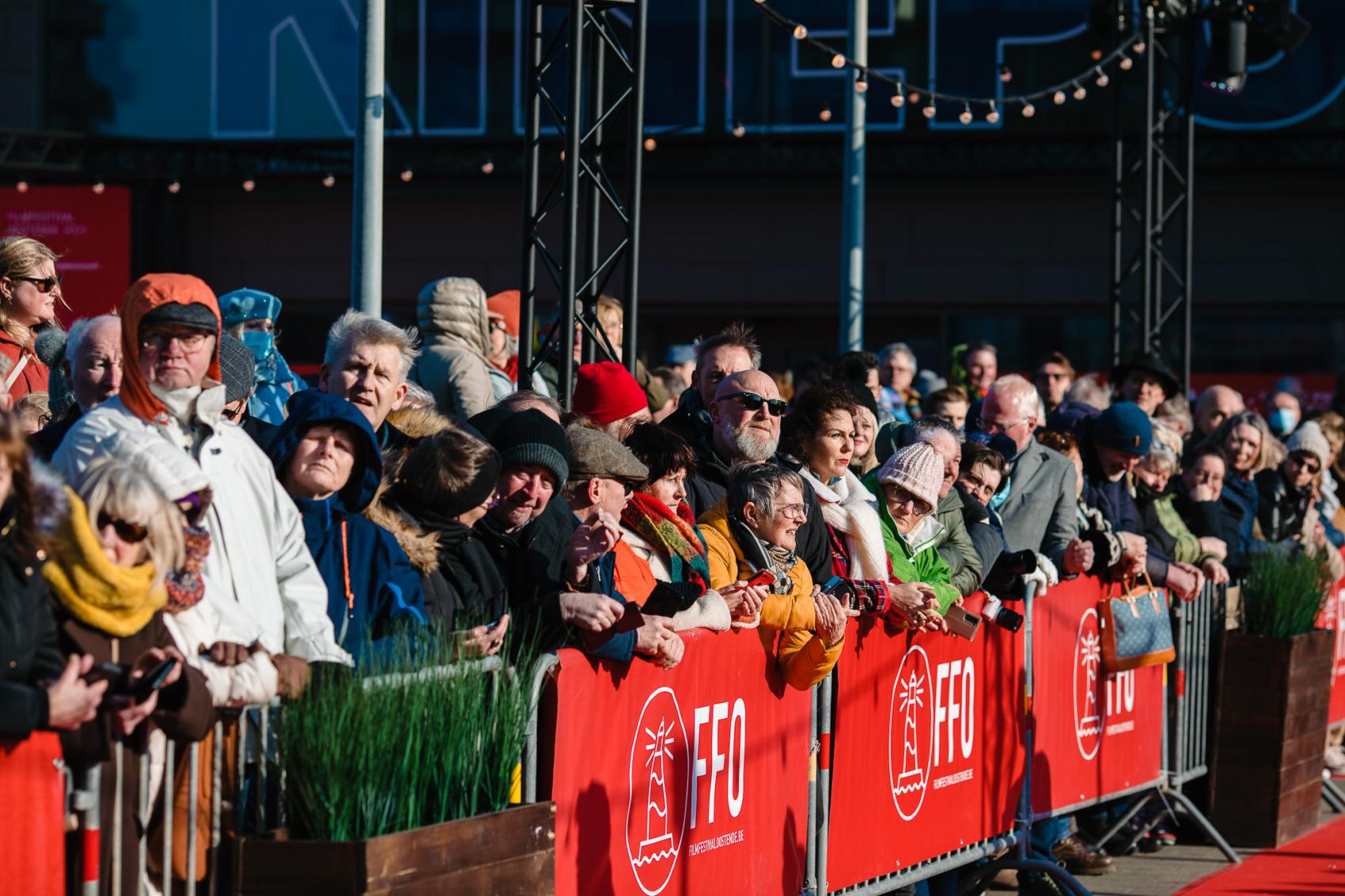 A number of creators were honoured with a star on the seafront of Ostend: Master Koen De Bouw and director Peter Monsaert who presented their film Nowhere on the opening night of the festival, actress Michelle Fairley and director Bouli Lanners for their spectacular film Nobody Has To Know, actress Sien Eggers and the Dutch actor Fedja van Huêt who acted in two films screened at the festival: De Veroordeling and Speak No Evil.

On March 6th, hundreds of citizens gathered at the red carpet of Kinepolis to create a guard of honour for musician and actor Arno. Arno was the first Master of the Ostend Film Festival in 2007. Arno, Sien Eggers and the Dutch film creators Alex and Marc van Warmerdam also received a Lifetime Achievement Award. 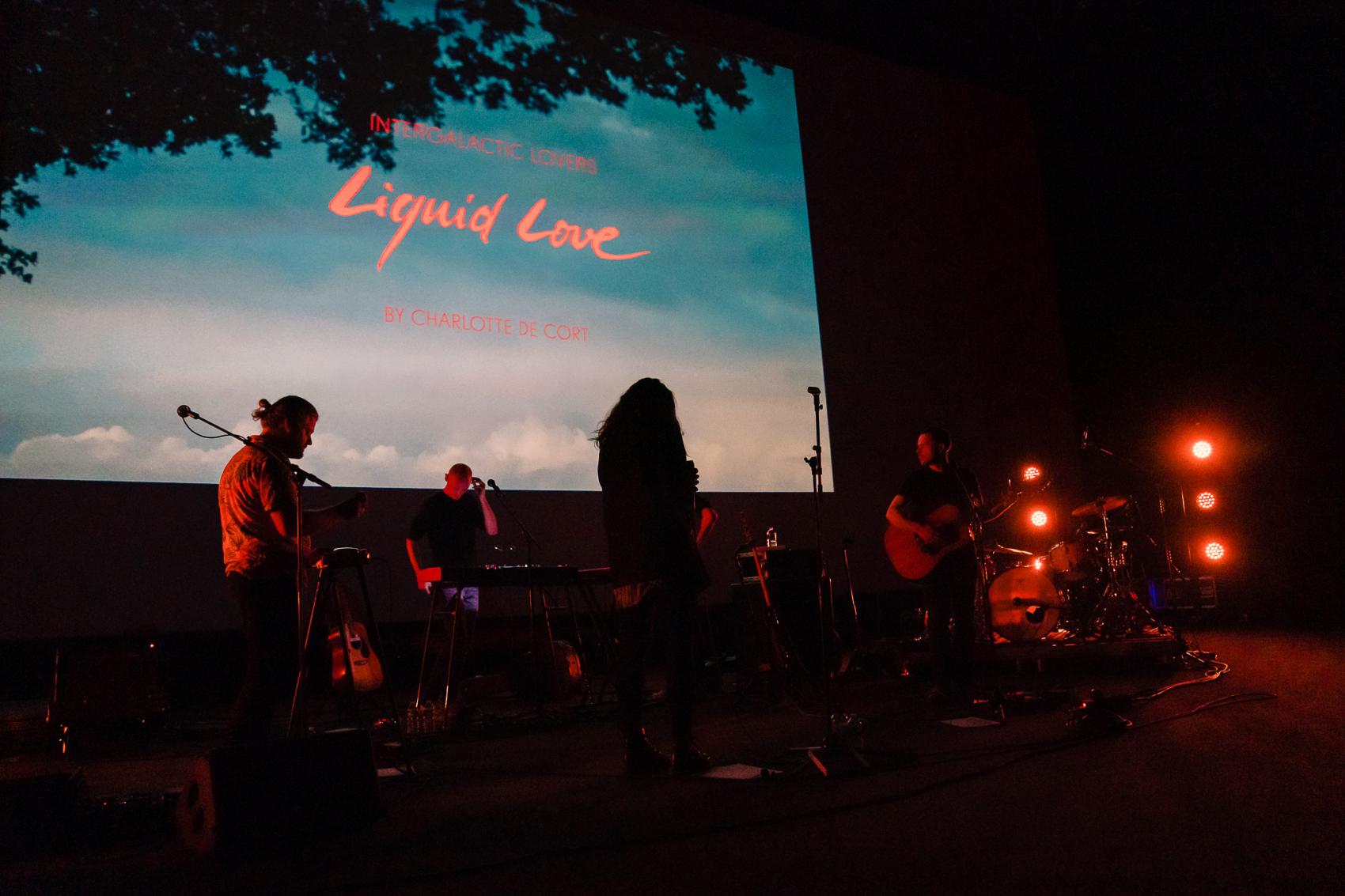 On March 11, Intergalactic Lovers set the cinema ablaze with their concert and short film Liquid Love (by Charlotte De Cort). On March 12, the festival ended with The Ensors, the Flemish film and television awards. Dealer, Soil and Beau Séjour 2 took home most of the awards.

The next generation of cinephiles were welcomed on Family Day and during the many school visits. More than 5000 pupils came to experience a film in Kinepolis Ostend.

Cultural center De Grote Post provided (film) professionals with a wide range of interesting workshops and talks. The Debate of The Ensors guaranteed many inspiring encounters between experts, students and film enthusiasts.

Ostend Film Festival screened Donbass by Sergei Loznitsa in support of Ukrainian refugees. The festival donated twice the money from the ticket sale to a fundraiser that will buy necessities such as food, diapers, sanitary products… In total, the festival managed to donate 1 268 euros. 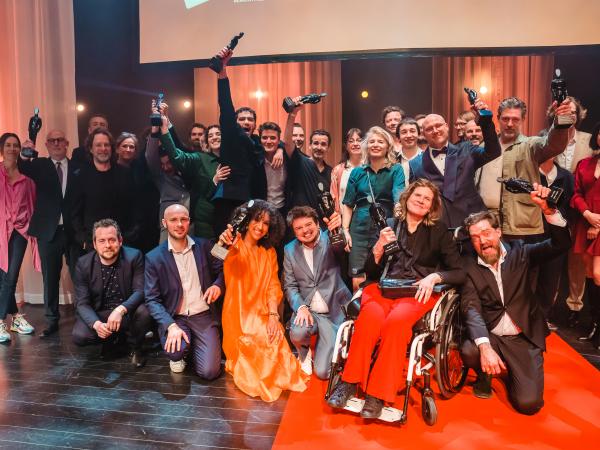